THE SECRET NY STUDIO OF THE EXTRAORDINARY JR

Semi-anonymous street artist, JR plasters enormous photographs of faces in the urban environment on anything from rooftops, walls, and windows to the sides of buses. The street is quite literally his gallery.

His omnipresent images tell the story of the marginalised and voiceless on a giant scale that defies comprehension.

But it is his secret New York studio of undisclosed location that has really caught our attention. It is a space that is gloriously overrun by art and creative friends who are allowed to sleep there if they pay their way in books. 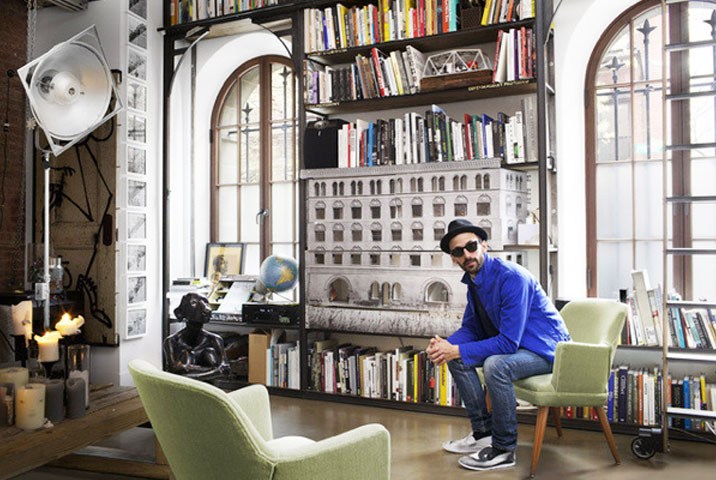 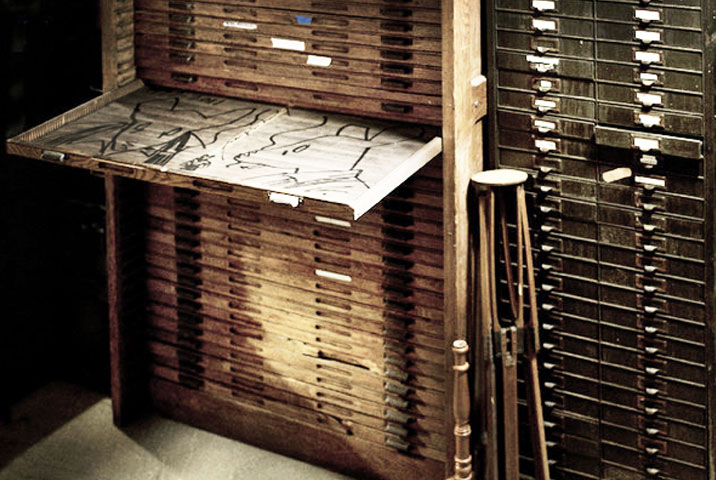 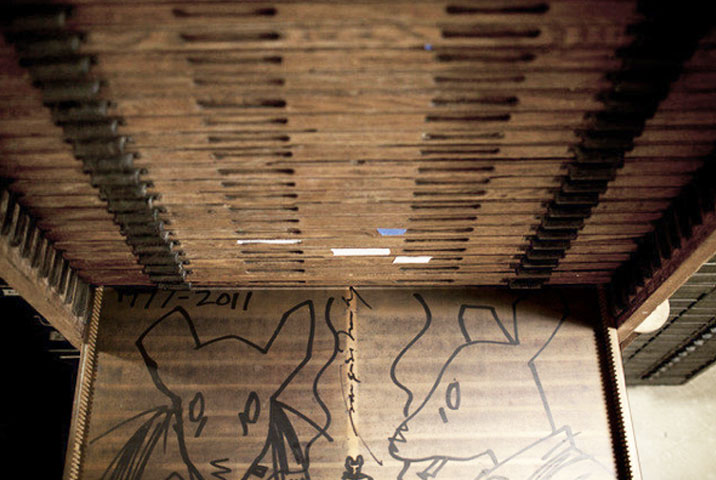 We love the unexpected element of JR's wooden set of flat files that have secret drawings scribbled on the base of each drawer.

"[Art Spiegelman, the creator of graphic novel Maus] told me he had something he wanted to give me. So I went by his studio and he showed me this and I was like "No way! I would sell my house to get this!" And then he said, "No, I want to give it to you. It's such a pleasure that it's going in your place", and so he wrote in the drawer '1977 - 2011'. He said "Look, I had it for forty years, but this is a 120 years old thing, then when you'll give it to someone else later, you'll write on another drawer". 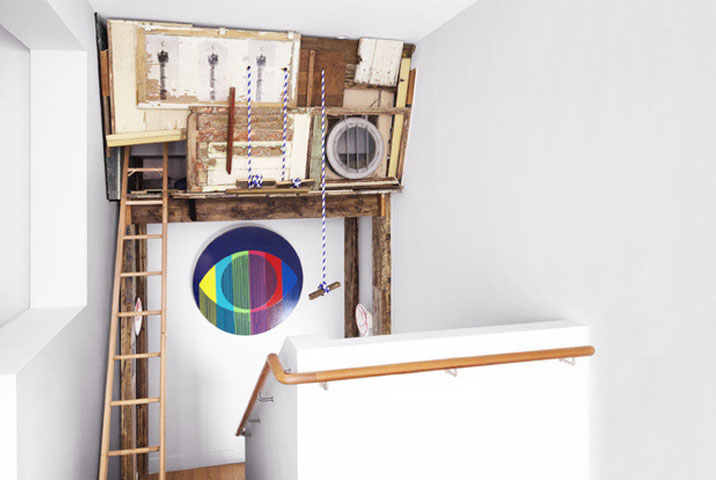 Short on finding his own sleeping space in the crowded studio, an artist named Tsubasa literally created his own in the form of a treehouse in the stairwell, out of off-cuts and throwaway timber. 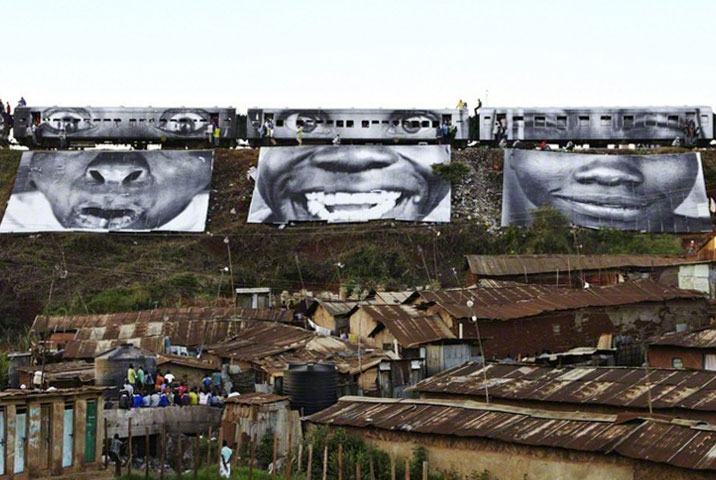 JR makes his lithographs out of the same machines Picasso and Matisse once used. Here is an example of JR's work plastered across a train and hillside in a Kibera slum. Extraordinary.

For more of a sticky at JR's work and a peak at pieces for sale, search for JR on   www.artsy.net